How to Teach Your Dog Not to Jump 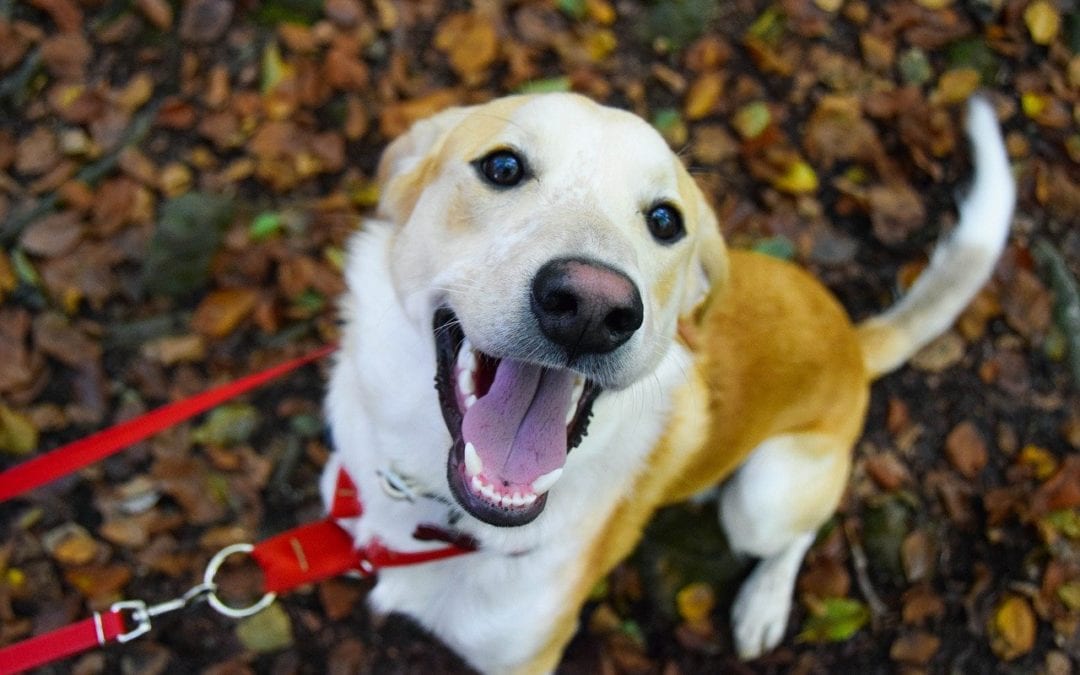 Although it’s lovely to be greeted by an exuberant pup when you come home, a 100-pound Labrador leaping up for licks can be a bit much. Many dogs jump on people when they’re excited, and it’s often inadvertently reinforced. Teach your dog not to use their legs as pogo sticks by following these three steps.

We know it’s tough, but abandon the high-pitched baby talk when coming home and greeting your pup. Your enthusiastic greeting only serves to rile up their excitement, so remain calm during greetings.

Step 2: Ignore your dog until all four paws are on the ground

When you come home, the only thing your dog wants is your attention—negative or positive. Scolding, yelling at, or shoving your dog away reinforces their jumping behavior, as any attention is rewarding to your pup. Instead, completely ignore your dog until they have “four on the floor.” As soon as your dog plants all four paws on the ground, greet them calmly. They’ll quickly learn they receive attention only when they’re standing still.

Once your dog has established a connection between remaining calm and greeting you, you can train them to perform the desired behavior before being greeted. For example, many people train their dogs to sit before being greeted. After your dog has settled down and has four paws on the ground, ask them to sit and reward them with praise and attention. After all, your dog can’t jump on you if they’re sitting.

January is National Train Your Dog Month, but year-round training is essential for keeping your bond with your pup strong (and for preventing problem behaviors, cognitive dysfunction, and obesity). Before engaging in a rigorous training program, ensure your four-legged pal is healthy with a routine wellness exam—contact us to schedule your pet’s appointment.